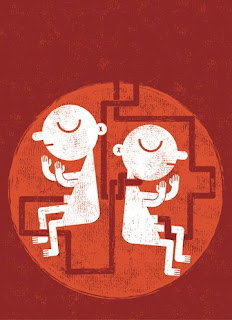 Hey there, sportsfans. Or, you know. Whatever you are. Below are details for the upcoming Taddle Creek launchxtravaganza. My story, Four Minutes, is in it. I read it in London and someone coughed awkwardly, so there you go.

Taddle Creek No. 30 launches Friday, June 14, at the Jet Fuel Coffee Shop, 519 Parliament Street, in beautiful downtown Cabbagetown. As is now the tradition, there will be a barbeque for meat eaters and non–meat eaters alike, and free beer, courtesy of the Good Beer Folks at Steam Whistle. As is also tradition, there will be readings, this time by the Good Literature Folks of Michael Lista, Andrew MacDonald, and the one-and-only Michelle Winters. Doors are at 8:30 p.m.; magazines are five dollars (cheap!).

The month of June also will see the Jet Fuel host the Second Taddle Creek Art Show: Cover Star, a retrospective of original cover photos from Taddle Creek’s first decade (1997–2007) in their original context, uncropped, uncoloured, un-type-ified, blown up really big. The show will run from June 1–30, with the launch party doubling as the show’s opening.

How could you even think of missing such an awesome night? (If you don’t show up, how will you complain that the free beer and food aren’t to your liking?) Taddle Creek so hopes to see you on June 14th.

The drawing, which is so perfect it hurts my junk, is courtesy of Matthew Daley.